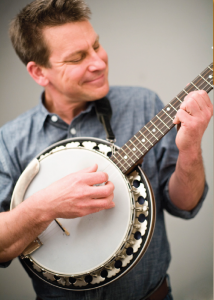 Jim Gill is best known for his music recordings and his books with musical themes. His latest recording, Music Play for Folks of All Stripes, was named a 2012 Notable Children’s Recording by the American Library Association/ALSC. This is Jim’s fifth work to receive this honor over the years.

Librarians in youth services and early childhood professionals will be sure to find many new ideas to enhance storytimes and children’s programming. Jim will share music and play that can be utilized with preschoolers as well as with infants, toddlers, and parents.

Be prepared to “Do Re Mi” on your “Toe Leg Knee” and bring a repertoire of musical play back to the young ones at your library, school…..or home.

The Inland Northwest Council of Libraries (INCOL) was created in 1977 through an agreement of library institutions in eastern Washington and northern Idaho. The goals of INCOL are to: